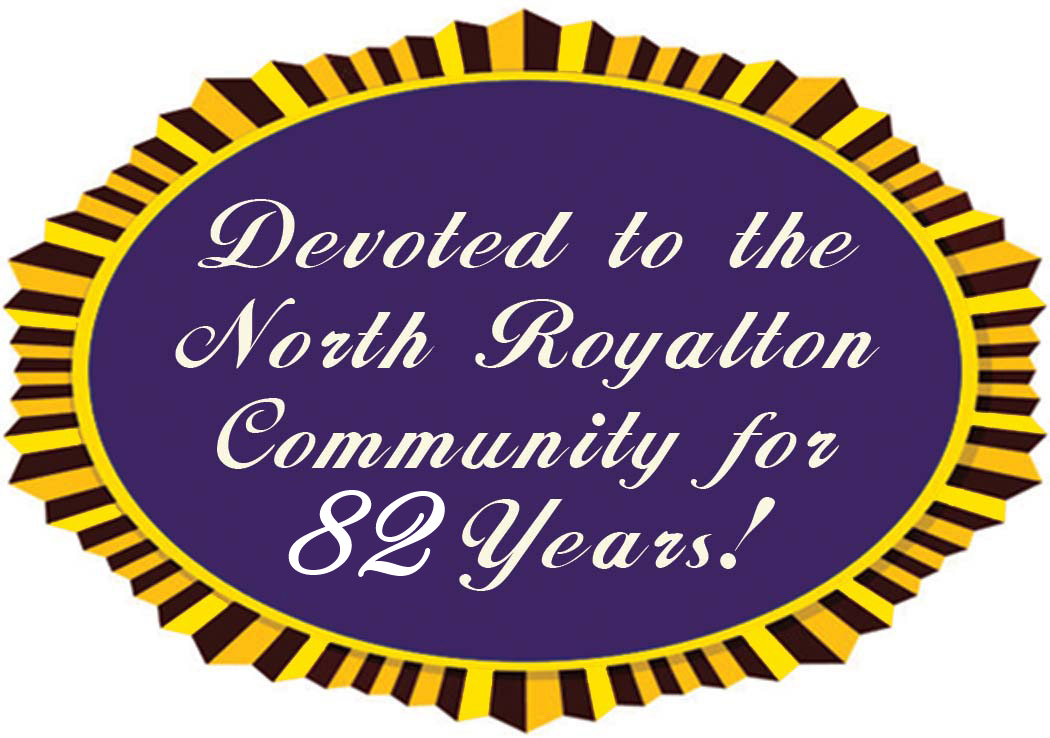 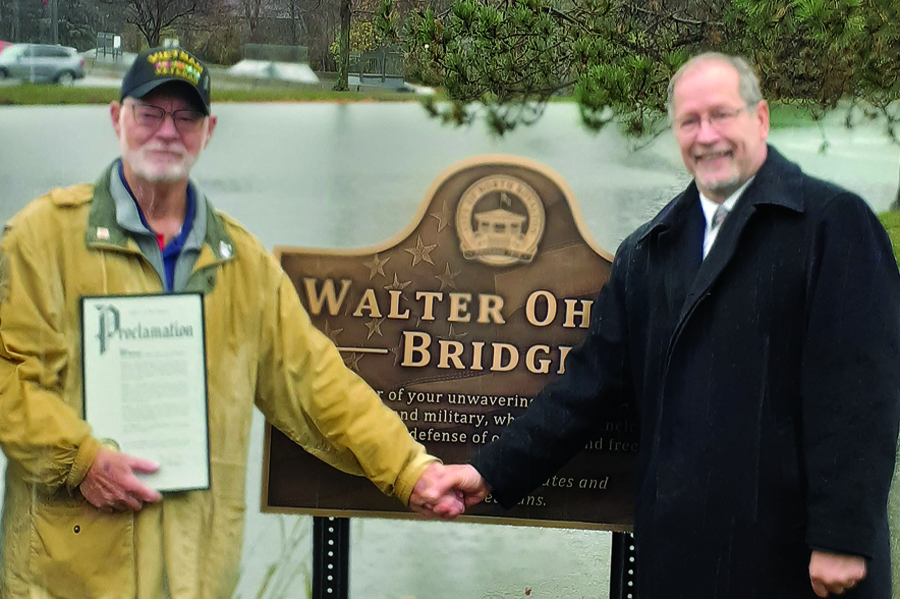 When standing in the steady rain, Air Force Veteran Chris Eagan said,” Vets don’t melt.” It is true Vets don’t melt, they don’t stand down, they are steadfast, they have beaten their swords into plowshares to continue the life in the nation they served and fought to secure. Many Veterans, their family members, and supporters came to the dedication of the wooden bridge at Memorial Park on a very rainy, soggy, muddy Veterans Day. Dozens of people gathered under the shelter of the three tents set up along the concrete path that leads to the little wooden bridge. Mayor Larry Antoskiewicz greeted everyone and told the purpose of the meeting and the importance of recognizing Veterans because without Veterans we would not have or be able to enjoy life in North Royalton in the greatest country in the world, the United States. Linda Barath, Councilwoman Ward 2, offered an opening prayer as folks gathered to dedicate the little wooden bridge to Veterans. Everyone said the Pledge of Allegiance, followed by the Honor Guard from VFW Post 3345 playing Taps and supplying a military rifle salute: three volleys from seven rifles, in tribute to our Veterans whose service reaches back over 250 years.
The new plaque that named the bridge was covered with dark plastic waiting to be revealed. Councilman Jeremy Dietrich, who proposed the dedication of the bridge, and Councilwoman Dawn Carbone-McDonald called Wally Ohler to come help with the unveiling. Walter Ohler, better known as Wally, stepped forward protected by an umbrella as Dietrich and Carbone-McDonald revealed the dedication.
“Walter Ohler Bridge: In honor of your unwavering devotion to our community and military who sacrifice their time and service in defense of our nation and freedom. God Bless the United States and all our Veterans.”
Walter Ohler was utterly speechless. “I thought I was just going to help with the sign. I was shocked, deeply honored.” Councilpersons Dietrich and Carbone-McDonald each gave tribute to Wally’s unwavering dedication and enthusiasm in support of our military personnel. State Representative Tom Patton was on hand to offer his congratulations as well as all the other well-wishers that did the same.
If you haven’t met him personally, Wally Ohler is a Vietnam Veteran that has been a resident of North Royalton for eighteen years. In that time he has supported Veterans in their needs by connecting them to resources for medical assistance, or help with paying bills. For years, he has served as our City’s Veteran Liaison. He speaks to groups of school children and others, telling everyone why we need to remember and support our Veterans and service members because without them we would not have the life we have today. In addition, Ohler regularly sees to it that servicemen and women receive care packages from home. He works with “his angels” to make sure that anyone who requests a package gets a package. You can be sure those packages are received with great appreciation and shared with fellow servicemen and women. Wally knows this because they write him, from all the places our military service members are stationed, to say thank you.
In remarks to everyone in attendance, Wally expressed his gratitude to all who help him to fulfill his current calling; to recognize and help service personnel and Veterans.
The dedication was followed by pictures, in the rain, to mark the occasion. Wally’s wife Janice went with him to the dedication, but Wally said, “I was not aware of my family members were there. I didn’t see anyone that wasn’t local or a Veteran, so I was completely surprised.” The dedication plaque was the best kept secret in North Royalton.
North Royalton has a rich tradition of honoring Veterans. Next Memorial Day you will see more Hometown Heroes banners displayed along the major roads. In a few weeks, “Wreaths Across America,” volunteers will be putting Christmas wreaths on the Veterans’ graves in North Royalton Cemetery. Those who lie at rest represent all the military action from the French and Indian War (1754-63) to the present. From the wooden North Bridge at Concord MA to the Walter Ohler Bridge in Memorial Park, it is fitting and proper to acknowledge all Veterans and service members on November 11. 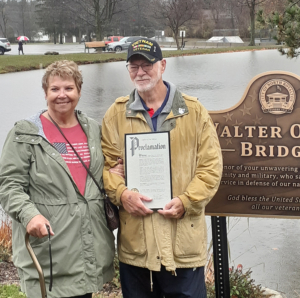 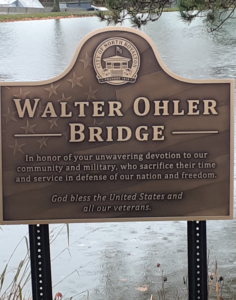 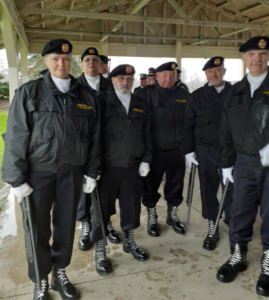 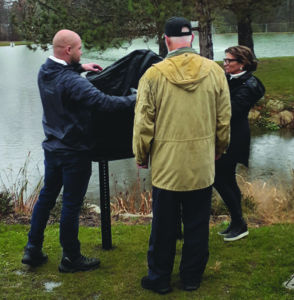 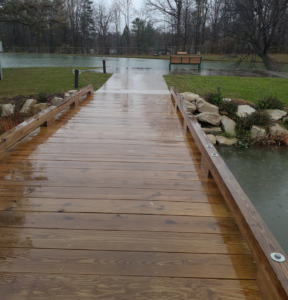